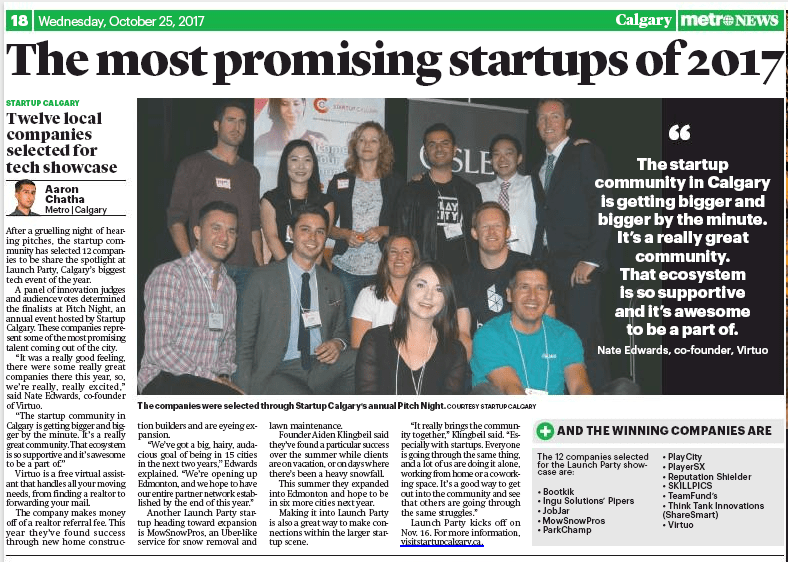 After a gruelling night of hearing pitches, the startup comemunity has selected 12 companies to be share the spotlight at Launch Parry, Calgary’s biggest tech event of the year,
A panel of innovation judges and audience vates determined the finalists at Pitch Night, an annual event hosted by Startup
Calgary. These companies represant some of the most promising talent coming cut of the city.
“It was a really good feeling, there were some really great companies there this year, so, we're really, really excited.” said Nate Edwards, cofounder
of Virtuo, The companies were selected through Startup Calgary’s annual Pitch Night.